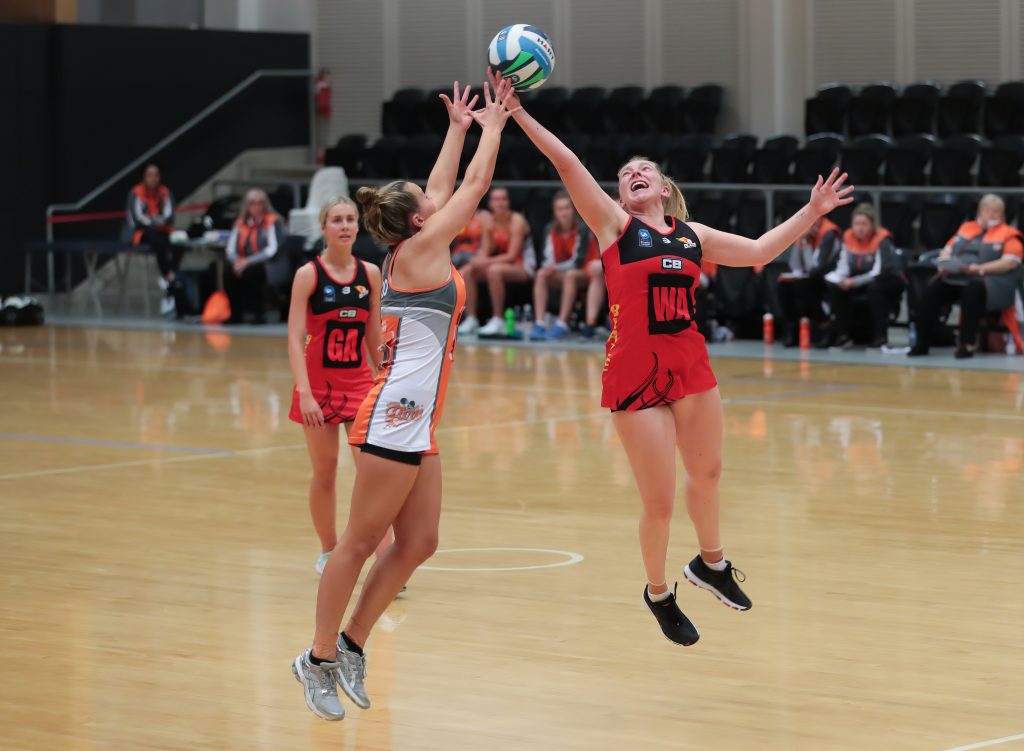 GWS Fury had a strong start pulling ahead by three in the first 5 minutes but our defensive end in Chloe Burden (GK), Jessica Bowden (GD), Selene Chadrawy (WD) and Clare McCrohon (C), put on the pressure to secure turnovers and tie up the score 12 all in the first quarter.
In the second quarter, South Coast Blaze U23s managed to pull away, with Sharnee Behr coming on at Goal Keeper and Abbey McFadden at Wing Attack. Going into the half Blaze were 10 goals up, 31-21.
Despite a come back by GWS Fury, Blaze managed to hold their lead in the third quarter, the score 42-37, with Lauryn Neto coming on at Goal Defence to provide fresh legs in the defensive end.
In the last quarter Blaze went goal for goal with the determined GWS Fury, but with Bilyana Milevski coming on at Goal Keeper and Kiah Yealland coming on at centre to rest Captain Clare McCrohon, Blaze was able to hold its form, winning the match 52-47.
Opens
Our Blaze Opens had a strong start against GWS Fury, turning over the ball through defensive pressure through the mid-court and opposing goal end. Kristina Brice also scored some great long shots, giving Blaze a 4 goal lead in the first quarter, 18-14.
GWS Fury fought back in the second half capitalising on some Blaze errors. They went  goal for goal with Blaze, but ended up pulling ahead by 4 at the half, 34-30.
GWS Fury continued to build its lead in the third and fourth quarter, with the final score 69-55. It was a tough loss for our Opens against GWS Fury, who are sitting third in the other conference. The team will regroup and work on areas of their game for next week’s match against North Shore United.
Our website use cookies in order to offer you the most relevant information. Please accept cookies for optimal performance.Yes, I accept cookiesLearn more