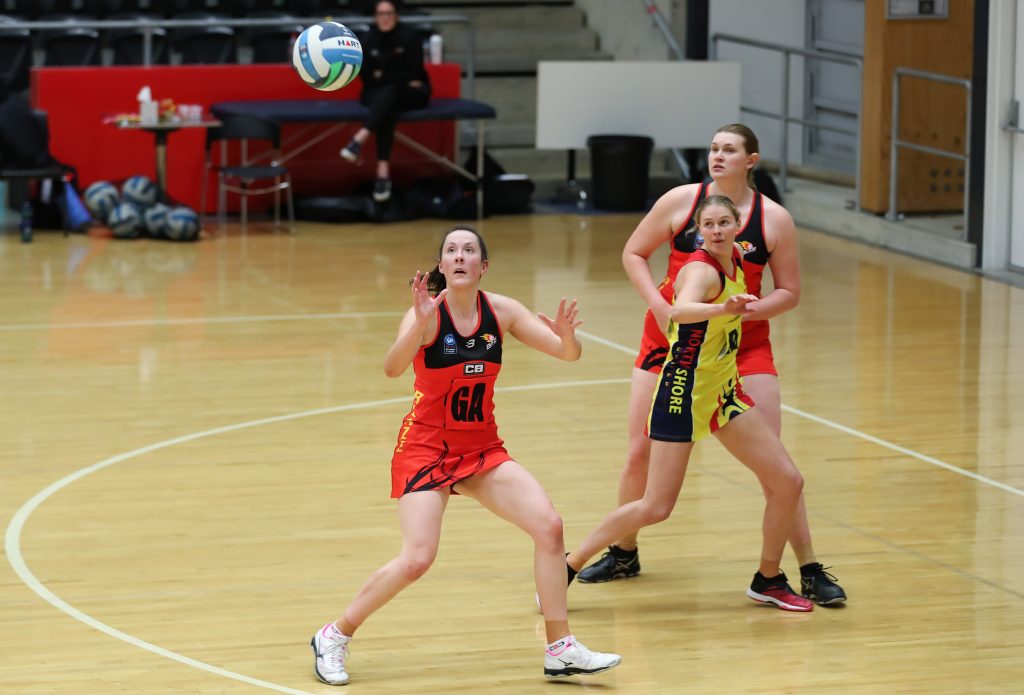 North Shore United came out with a point to prove against South Coast Blaze, attempting to end their unbeaten run in the 2020 season.

A 13-10 quarter by United saw them turn things around in the second and enter half time with a one goal lead.

A change in the shooting circle brought some more movement for Blaze and proved pivotal, with Figtree local Mia Evans coming on at GS and helping the side to 12-8 and 15-11 leads in the third and fourth quarter. At the full time whistle, South Coast Blaze were up by 7, the final score 49-42, respectively rounding out the most comprehensive win of the U23s season.

The U23s are really looking too hot to handle after round 7 going from strength to strength. Such fantastic early signs for the future of our franchise.

South Coast Blaze Opens commenced the game without their superstar mid-court and franchise Captain Taylah Davies who was out this week due to injury.

It was a battle of the goal shooter towers with strong attack seeing a high scoring first quarter. Co-Captain Abbey McFadden had impact at GA with speed and accuracy, helping Blaze nose in front 19-18.

Errors crept into Blaze’s game in the second with United turning the game around and taking a 7 goal lead at half time.

South Coast Blaze unfortunately couldn’t reign in the scoreline despite their best efforts and fresh legs with Shelby Mallon coming on at GA in the third quarter, going down by 13 at the end (74-61).

Not all was lost from the South Coast Blaze Opens, with a strong opening and excellent confidence from Abbey McFadden at the post early being a key highlight of their game. The mid-court, including Katelyn Begley, Chaise Vassallo, Te-Arn Bradley, and Elecia Parrott, also put on a gallant performance without Co-Captain Taylah Davies, with the attack end continuing to feed Kristina Brice some beautiful balls.

Our Blaze Opens have had a tough first season but they are determined to keep going, which is a credit to their character and shows how important they are as role models for our franchise.