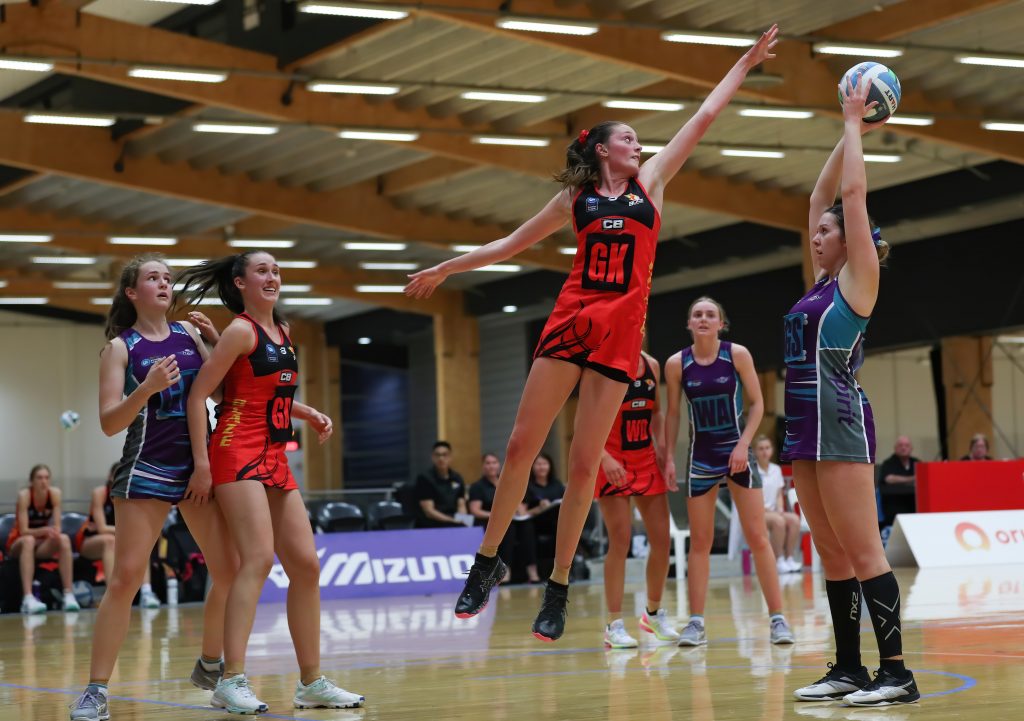 South Coast Blaze under 23s started goal for goal but a ball out the back of the Blaze goal line allowed Spirit to take the lead. Midway through the quarter saw rolling subs begin with Lauryn Neto replacing Bilyana Milevski at GD. Blaze managed to take the lead but some accurate shooting from Spirit and some wayward passes from Blaze allowed Spirit to lead by 1 at the end of the first quarter, 10-11.

In the second quarter, defence tightened and Blaze took the lead five minutes into the quarter. Rolling subs continued with Ky-Mani Schwenke replacing Mia Evans at GS, Mia Evans replacing Emily Dunn at GA and Jess Bowden moving to GD, with Lauryn Neto moving to WD. This saw Blaze take the lead by 3 at half time, 22-19.

In the second half, Blaze began by keeping the same team as the second quarter. Six minutes in Emily Dunn came on at GA and Kiah Yealland subbed in at WD. Strong defence from Capital Spirit allowed them to creep back into the game but Blaze managed to keep the lead by 1, 33-32.

The fourth quarter was tight in the beginning but was a much more consistent quarter for Blaze. Bilyana Milevski replaced Chloe Burden at GK to provide fresh legs and some good goal circle feeds by the mid courters allowed the shooters to record a more consistent scoring period. Bilyana Milevski pulled off two really vital intercepts, Kiah Yealland was strong at WD and Clare McCrohon steadied the ship at C. Blaze won the final quarter 15-6 to win the game by ten goals 48-38.

South Coast Blaze’s opens team began strongly with some tight defence by Peti Talanoa, taking the early lead 4-1. But they allowed Capital Spirit to come back with some poor passing decisions. A vital tip from Elicia Parrott in defence allowed Blaze to push out the lead again, finishing the first quarter by four 19-15.

The second quarter saw a strategic move with Abbey McFadden moving to WA and Shelby Mallon entering the game at GA. The ball moved up and down the court consistently, and at one stage Blaze lead the quarter by nine, but with a few unforced errors they went into half time up six 33-27.

Except for Chaise Vassallo moving into C, the rest of the team remained the same for the beginning of the third quarter. Blaze gave away a few turnovers at the start of third quarter, which allowed Spirit back into the game within one goal. However, a great intercept by Te-Arn Bradley become a game changer and Blaze won the third quarter 51-39, leading by 12 goals.

In the fourth quarter, Chaise Vasallo (C) and Abbey McFadden (WA) combined to hit the circle edge and feed Kristina Brice (GS) to score a run of goals. In the fourth quarter Brittany Berry came on to replace Shelby Mallon at GA. Another great intercept by Te-Arn Bradley gave Blaze confidence and all of a sudden they were leading by 16. Chaise Vassallo and Katelyn Begley also managed to intercept a few balls between them in centre court defence, helping Blaze to take the game 69 -49.