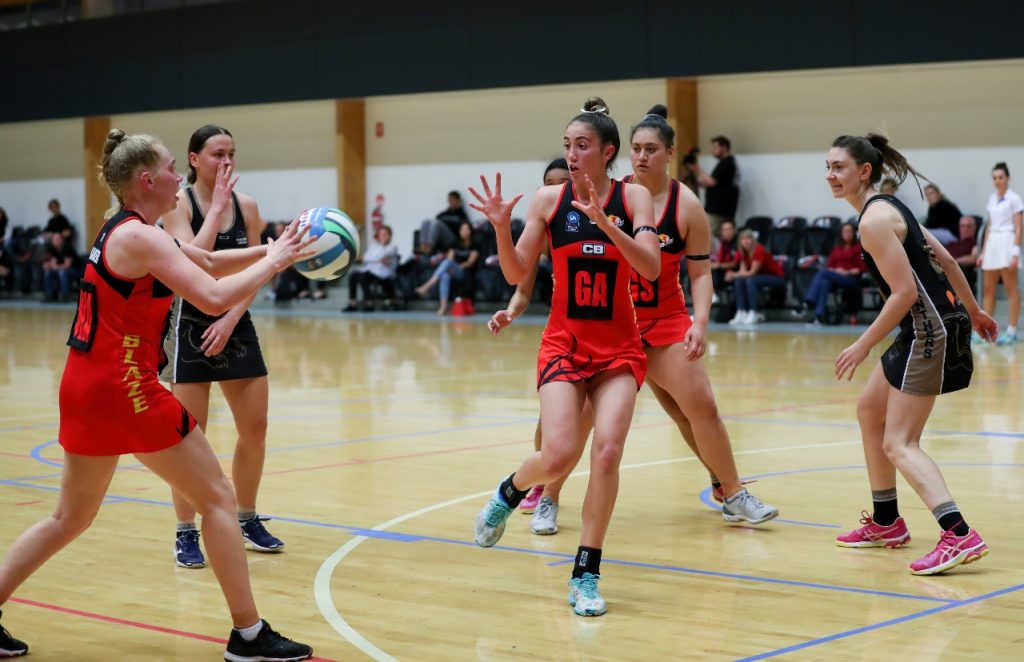 South Coast Blaze is proud to announce that its Under 23s will progress to the Final Series in the Netball NSW Origin Energy Premier League in the franchise’s inaugural season.

South Coast Blaze’s Under 23s, under Head Coach Regan Tweddle, finished at the top of Conference B on Wednesday night after winning 9 games during the 13 Round adapted 2020 season.

Regan Tweddle, Under 23s Head Coach, is delighted with the U23s achievement.

“I am impressed with what the Blaze U23s have achieved so far this season and especially under the circumstances of what 2020 has thrown at us. It is now a matter of playing our best netball in the finals and representing our region proudly,” said Tweddle.

South Coast Blaze’s Opens team didn’t have a fairy-tale inaugural season. However, with a couple of solid wins and many competitive games throughout the season, the future looks bright for the new franchise. The Opens team will be playing off for a final position this Wednesday.

Marji Parr, Opens Head Coach, who successfully achieved her Elite Coaching Accreditation in the final round of the Premier League on Wednesday night, is pleased with how the Opens played and their resilience this season, but believes that they still have more to achieve.

“We had quite a dynamic team with many players who have never played with each other before so we focused on building combinations and the team gradually improved as the season progressed. We were only losing to well-seasoned teams by 6-12 goals, which is just a few turnovers, so the team did well for their first year, and obviously there is still room for improvement. With a season under our belt now, we aim to build on this year’s experience and increase our intensity in our campaign next year,” said Parr.

“I am delighted with what South Coast Blaze has achieved this year and every player who has worn our red dress should be extremely proud. For one of our teams to finish on the top of their Conference in our inaugural season is a huge achievement and we are all behind our Under 23s as they go into the Finals Series,” said Karina Franke Chair of South Coast Blaze.

“It has been a massive team effort and I’d like to thank all the coaches, board members, administration staff and our Under 23s and Opens team players for their unrelenting drive, dedication and passion, which has helped us establish a strong culture.”