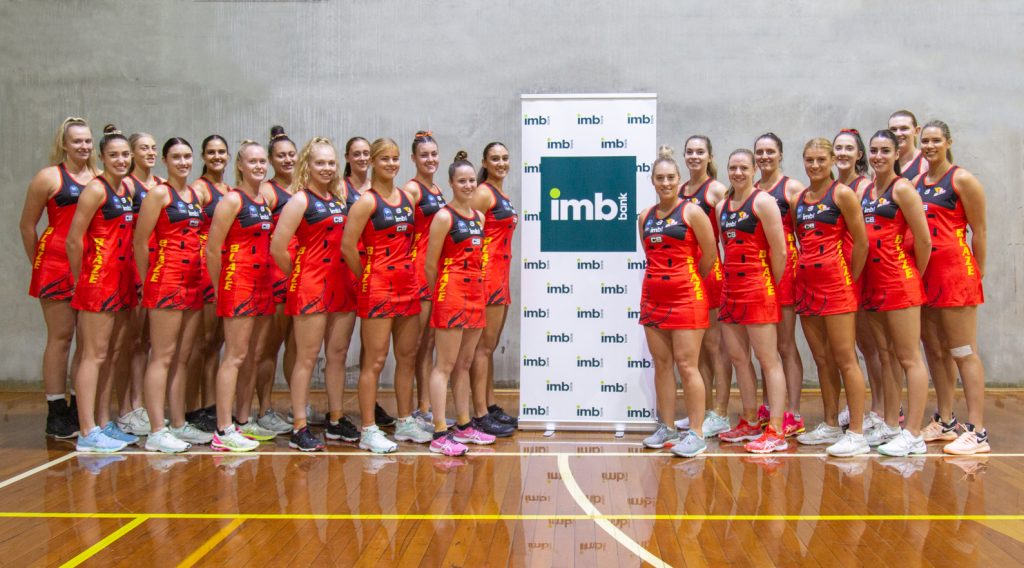 As the official naming rights partner of Blaze in 2021, IMB Bank will support the Club’s Premier League teams, Talent Identification Program and other elite and grassroots netball programs.

South Coast Blaze Chairperson Karina Franke is looking forward to the 2021 season with IMB Bank on board.

“After a successful inaugural season in 2020, we are thrilled to receive the support of IMB Bank, which is eager to help grow grass roots and elite netball on the South Coast and surrounding regions, including South Western Sydney. These partnerships are integral to the success of our Premier League teams and programs, like our Talent Identification Program, and we are extremely appreciative of IMB Bank’s support for netball and women’s sport. We look forward to working together to bring a red-hot IMB South Coast Blaze season,” said Franke.

“For young people in our communities, IMB South Coast Blaze provides a strong example of the benefits of sport and helps bring our communities together in a healthy way,” said Mr Ryan. “We’re also pleased to support the Talent Identification Program because it provides a clear, accessible pathway to elite level participation presenting great opportunities for talented athletes in the region.”