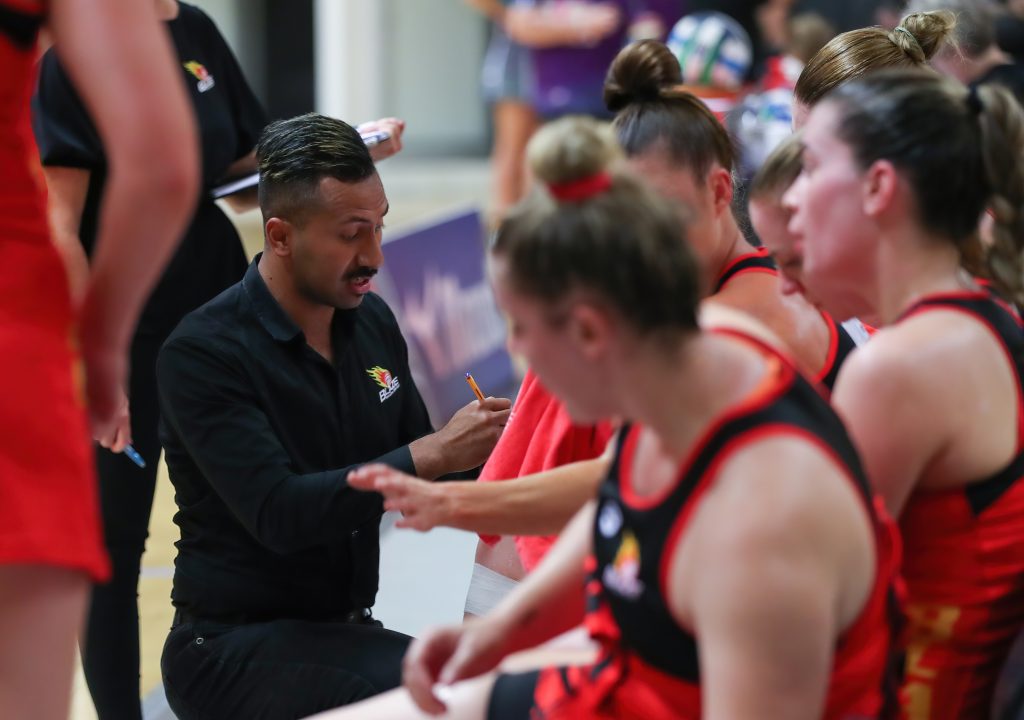 IMB South Coast Blaze has been privileged to have Dennis Napara as our Opens Assistant Coach for the past two seasons.

Dennis has a wide variety of coaching expertise, having gone through the NSW coaching paths in both men’s and women’s netball, obtaining his Advanced Coaching accreditation and winning national titles with the NSW Men’s U20s. In addition to his coaching credentials, he has extensive playing experience at both the domestic and international levels, having previously represented New South Wales, South Australia, and New Zealand.

During lockdown, we asked Dennis some questions regarding his time coaching and if he had any advice for players wanting to take their game to the next level. 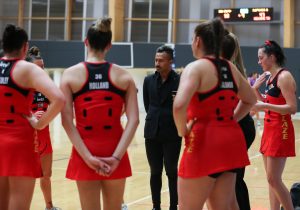 How did you get into netball and when did you first start playing?

I was first introduced to netball through my sister when I was quite young. I really looked up to and admired my sister, and her netball, so I would always attend her netball training and be her loudest supporter at all her games.

Funnily enough, I started coaching my sister, unofficially, before I got involved with playing myself. I was 14 years old when I properly started playing netball, which you could consider being a late bloomer, so, I have been playing for about 16 years now, but it feels longer than that because netball has been in my life for as long as I can remember.

What do you like about playing men’s and mixed netball at an elite level and how does this help you with coaching?

I love every minute playing at the elite level. I love the challenges, the discipline, the travels, the wins and the learning, but mostly I love the people. I have been so blessed through my opportunities in netball that I have met some incredible people who I now consider life-long friends.

With my experience playing, I have learnt that netball is more than just a sport, it is family, friendships, and for some people, like myself, it’s home. So, I see the gift of coaching to be one where you can help impact and create these platforms for your athletes to feel a sense of home and belonging.  That’s the power!

How did you get into coaching and why?

I think what truly inspired me to pursue coaching was when I, unofficially, enlisted myself as my sister’s coach early in her playing career. I remember standing behind her on the baseline and directing her, encouraging, and guiding her. I became invested in her success; I would wake her up early and go on morning runs together. Watching her grow as a netballer and reach higher levels and achieve goals truly inspired me. It brought me such warm feelings to have helped guide her to her successes.

All this experience with my sister resonated with me, and I found my passion in being instrumental in guiding my athletes today to reach their absolute best. This is my opportunity to connect with people, relate with people and understand the journey together on a personal level.

What insights can you share with coaches and what helped you to reach your Advanced Coaching accreditation?

I have been very fortunate to have the support from mentors by the likes of: Jenny O’Keefe of the GIANTS, Mo’onia Gerrard, Jaqua Heddle and Marji Parr at South Coast Blaze – their support and encouragement has provided me with the confidence that I was ready and that I was well prepared for my accreditation and for my current coaching roles.

And lastly, like the game, it takes practice. Keeping practicing by doing. Find your unique style, your own voice and by striving to be better.

How did you start coaching at Blaze and what has been your experience like over the past two years?

I often say this happened by way of a miracle. I was living in Adelaide at the time, I was working towards exposure to Suncorp level coaching, and it was a tough ride, and the experience was relatively short.

As the season had come to an end, I was ready to head home to New Zealand. I was experiencing in these moments that I bow out and walk away from my dream. It was when I had all my belongings packed and flights booked, that out of the blue my phone rang, and it was Marji Parr asking if I would like to apply for the Opens Assistant Coach role.

This phone call saved me in all senses of the word. It has been 3 years now, and I have been working with the South Coast Blaze franchise for the past 2 seasons. It has reignited my passion and flame for the game again and I feel truly blessed to be a part of this franchise and family. I do not think I’ll ever forget that phone call with Marj. 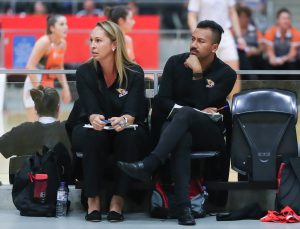 What have you learnt as an Assistant Coach to Marji?

I have learnt that people come first. Marji has a unique way to articulate and connect with her athletes on a level that goes beyond netball. She knows the person behind her players and always focuses on that before the athlete – I think that is powerful.

With the current climate we are facing, the importance and awareness of mental wellbeing of our athletes is the focus. We strive for netball to be a pleasant environment and a safe space for our athletes to be themselves and express whatever they need.

What is your best advice for players wanting to take their game to the next level?

I would say: don’t give up, and don’t stop striving to be your best. Don’t be afraid to ask for help, and don’t be afraid to share your story. You are unique. In a world where the margin between talent is thin, your story will be your point of difference. Let your coaches really know you, your story will speak a lot of who you are and highlights your character, and I think that is special.

What is your best advice for coaches wanting to improve themselves and their squad?

Listen, care, and engage with your athletes. You are their guide; they are what should be at the forefront of your decision making.

Trust yourself, embrace your voice and your unique coaching flair. You want your athletes to play for you, so be strong and back yourself and decisions.

Something I learned from a dear friend of mine Nicole Deguara: “In a world where everything can be scripted and by the book, dare to be bold and have courage to be authentically yourself. Find different and inspiring ways to connect with your athlete. There’s not only one way, but many ways to achieving success.”