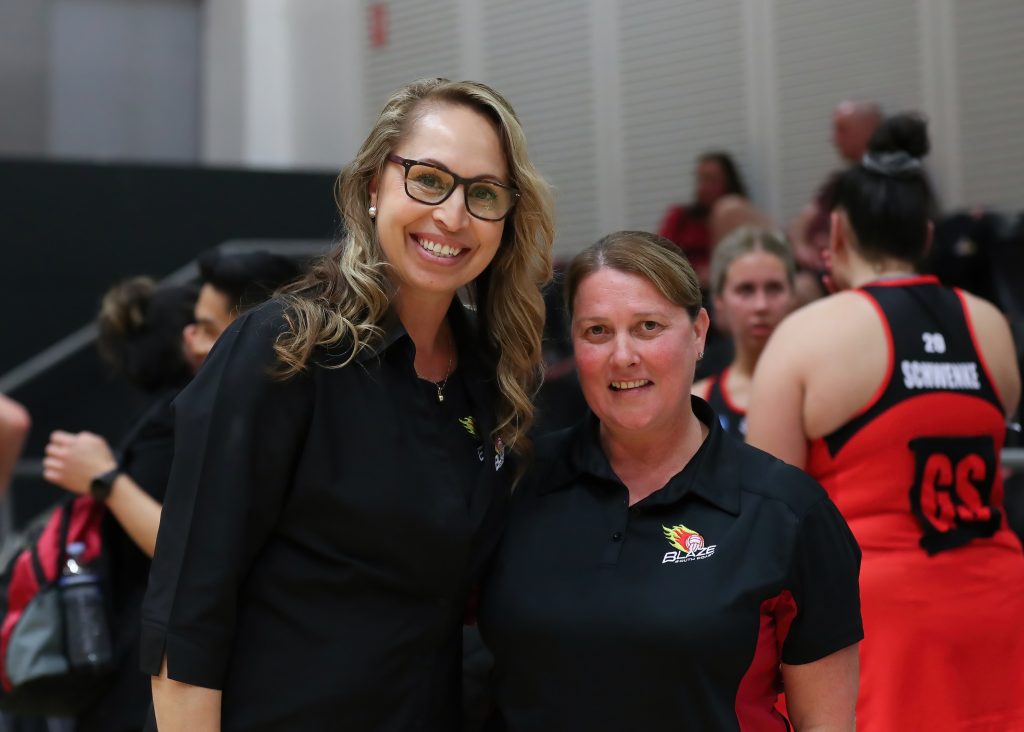 IMB South Coast Blaze, a NSW Premier League Netball franchise, has re-signed Opens Head Coach, Marji Parr, and U23s Head Coach, Regan Tweddle, for the 2022 season and are now calling for players to sign up to trial for next year’s teams.

“We are thrilled to welcome Marji and Regan back to Blaze for the 2022 season. With this year’s season cut short, we are looking forward to seeing them and each team continue to build on their last two years. I believe that Blaze has proved itself as a force to be reckoned with in the NSW Premier League and we encourage players 16 and over who want to join our elite pathway and the Blaze family to attend trials,” said Karina Franke, IMB South Coast Blaze chairperson.

Opens Head Coach Marji Parr, who was also recently appointed as Assistant Coach of the Capital Darters that will be competing in the Australian National Championships for the first time since 2016, is proud of what her team achieved this year and is hopeful for next season.

“With the NSW Origin Premier League 2021 season abruptly ending, the Opens were unable to continue in their push through the second half of competition to improve on last season’s inaugural placings. The team’s confidence, trust and belief in each other has enabled each player to demonstrate strong high performance behaviours both on and off the court, in particular the way they have contributed back to our netball community during current lockdown restrictions,” said Parr.

“I anticipate next season that we will continue to be extremely focused, competitive and supportive as a team and enjoy a full season competition again. We are always looking to build on Team and Club values and there is always room for a skilled athlete, who has the drive and dedication and an elite team player mindset, to represent our region, the red dress and play at the top level.” 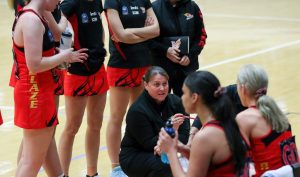 U23s Head Coach Regan Tweddle was gearing her players up for another finals series this season, but is now looking ahead to 2022.

“Although I completely understand the reasoning behind Netball NSW abandoning the 2021 Premier League season, it was a shame as the U23s were sitting in third, just 2 points behind second and 4 points behind first position. We were finishing strong and peaking at the right time of the year to make another semi-finals appearance and better our result from last year,” said Tweddle.

“I am excited for the IMB South Coast Blaze U23s’ program in 2022, with nominations being open and the opportunity for dedicated athletes 16 and over to showcase their netball ability at trials. It is always interesting to see who is able to make the transition into a high performance team and elite pathway in netball both on and off the court.”

Players who want to be considered for the IMB South Coast Blaze Opens and U23s teams for the NSW Premier League 2022 season are required to apply online before 5pm AEDT, Saturday 18th September, 2021, and be available to attend selections, with new trial dates to be confirmed in the coming month.

To apply, visit the South Coast Blaze website at bit.ly/SCB2022TRIALS.