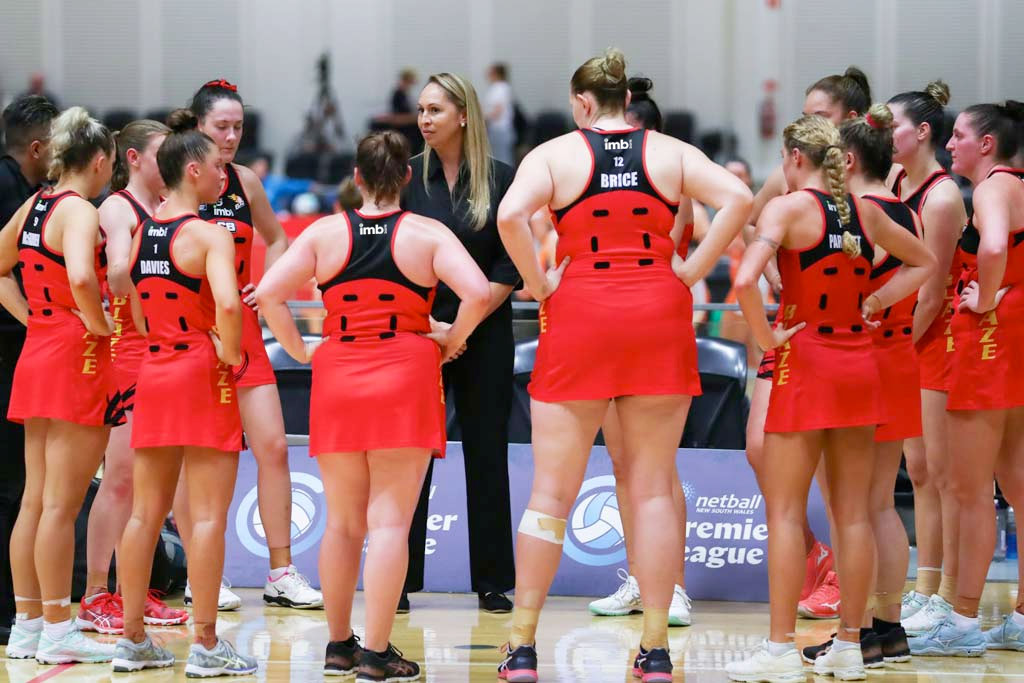 Commencing from selections we saw new athletes join our Opens Squad to strengthen our side across the court. Kayla Johnson joined the Opens team roster and returned to court after having baby girl Mila in 2020, along with Chelsea Boltons as a training partner after the much anticipated arrival and first Blaze team baby girl Zora. Lauren Russell, Amberley Moore and Danielle Di Bartolo also joined as training partners and were critical to the team throughout the season. Our Club Captain Taylah Davies formed part of the extremely experienced Leadership group. Our appointed Captains were Co Captains, Katelyn Anderson, Abbey McFadden and Vice Captain Kristina Brice.

In January 2021, core values and reflection on the past inaugural season of the ‘House that we Built’, put together pillar by pillar, bricks being skills, mortar being the athletes were important to us – so it made sense to look to bring the inside walls to life and line it with our strengths and talent, using trust, family, home, pride being the furnishings for the driving force – and acknowledge how critical those words would be to the success of our team both on and off the court. The Opens can be proudly commended as each member has demonstrated this to the best of their abilities.

The season looked promising, our preseason highlight was again the Day camp to ACT and matchplay v’s Capital Spirit along with the U23s. The Capital Spirit Premier Services again provided the much appreciated transport for the camp. A fantastic day and worth the early start. The remainder of preseason and build towards competition remained on track with court sessions at Netball Central, Illawarra Sports Stadium and the Bai Med Performance Centre. Recognition for their focus to the team’s capacity oncourt goes to the Bai Med Performance team of Kat Dawson, Jessica Ray and Maddie Stephens. The Opens monitoring, conditioning and program realignments due to seasonal changes kept the team very much on track for hopeful return to play.

In a year filled with aspirations, and exciting match play – we can not forget the incredible start to the season with the win against the formidable Hawkes nor the celebrated joy when consistent play occurred across the court. It was clear that connections were stitching throughout the team. It was naturally disappointing with the season being abandoned that we could not improve on our prior season’s placing.

Witnessing first hand the strength, unity, love, and trust of this team, their depth of resilience, makes a coach proud beyond measure. Standing together on and off court, to share in the joy of two weddings of training partner Kristen Chadrawy (Marzano) and Co Captain Katelyn Begley (Anderson), in supporting their Co Captain Abbey McFadden in the tragic loss of her mother – is a team with heart and courage. To lean on each other when they need it the most is unstoppable and can never be truly defeated.

The Opens continued to fight through rounds, matches closely fought and while some outcomes didn’t reflect the game, the commitment by each Opens player and the coaching management team never swayed. The Blaze Opens also readily provided hands on skills, performance knowledge and on court experiences across three partner association clinics and seven online demonstration skill sessions with our successful 2021 Blaze Talent Identification Program (TIP).

The respect and commitment to our Blaze Red Dress is simply outstanding and the Opens player group is extraordinary.

The Opens Coach Management team, Dennis Napara and Sharon Briggs. Both exceeded expectations throughout the season. Dennis providing key coach workforce support capacity not only as the Opens Assistant Coach but throughout each Blaze Program (Clinics, both face to face and online and every TIP session in 2021). Sharon provided pivotal support during the season with her Premier League Competition knowledge and High Performance Organisational acumen.  Dennis Napara will be leaving IMB SCB at the end of 2021, the Opens and all of Blaze wish Dennis the very best in all his future ventures.

To the Opens Captains and Leadership Group – Thank you for your strength and your personal support. Leadership is not easy but is required and you all should be extremely proud in the way you have each conducted yourselves.

Thank you to the 23s Coaching team, Regan Tweddle, Jennie Webster and Lisa McCrohen for your continued friendship and support and to all of the Blaze 23’s for celebrating this season with us. Congratulations on your season finals results, I know it’s not the ending hoped for but I’m so very proud of you all.

Looking forward again to being part of the Blaze family and the 2022 season ahead. 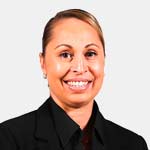