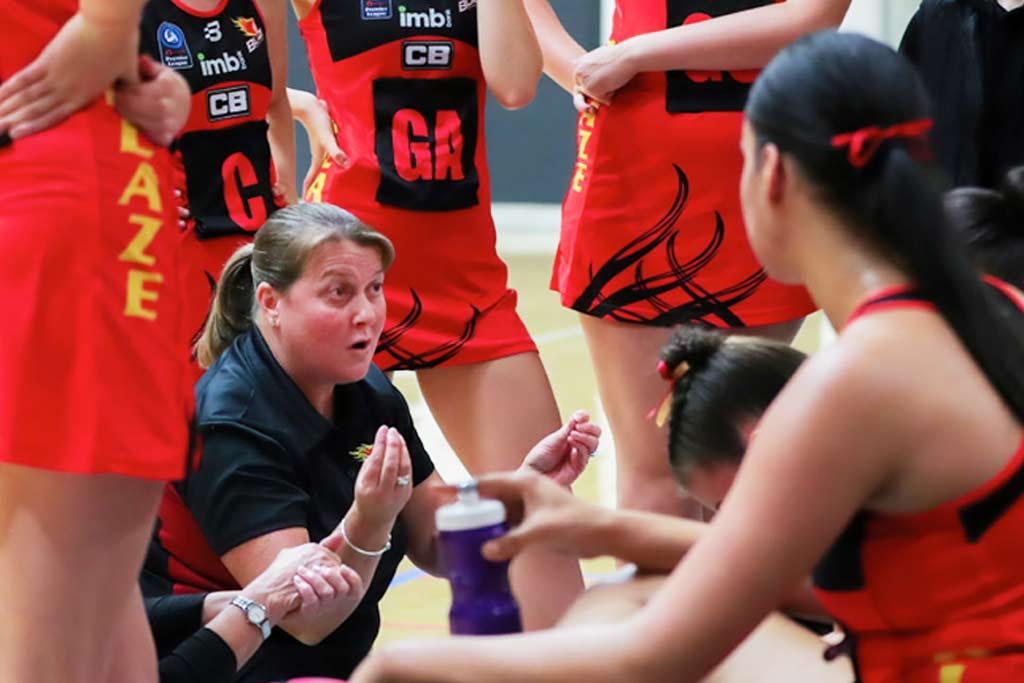 2021 was looking like another promising year for the IMS SCB U23s Team after a great 2020 season, with 98 athletes nominating to trial for the 2021 season.

The 2021 team had 8 returning athletes from the 2020 team and 3 Training Partners (TPs) were elevated into fully contracted athletes. 2 new athletes to Blaze and 1 athlete from Blaze Opens finalised the squad of 14. The Training Partnership Program was made up of 11 athletes.

Training was twice a week and started in late January 2021 consisting of a 2-hour session on court on Monday nights and 2.5 hours where 1 hour was S&C then the final 1.5 hours was on court. Due to COVID and lockdown, on court training ceased and we went into virtual training 3 times a week. We worked on ball skills, footwork and landings in every session, we ran S&C at least twice a week and Maddie from BaiMed provided S&C once a fortnight. In addition to the above-mentioned physical activity, Lisa, Jennie and I focused on wellbeing of all athletes and Wednesday nights always had a wellbeing activity planned once we had completed our game analysis on our team’s performance and a ‘SWOT’ for example, on our opposition. When the season was declared abandoned, we continued with the program through until the end of August as we felt it was irresponsible to just stop the program during lockdown and the athletes wanted to continue meeting online for the workouts and social aspect of training. For the final training session and after a great online Captains’ Run, Jennie and I made a netball home program if anyone wanted to continue training by themselves while Lisa added the wellbeing section of the home program.

The focus of ‘Next Level’ netball was our season’s motto. We had 4 sayings underpinning Next Level which we used in every training session and referred to those sayings before, during and after games. The athletes resonated with these sayings and were able to see that we all had a ‘Team Before Me’ attitude both on and off the court.

As for the season, when the season was stopped we had 9 wins, 4 losses and were sitting in 3rd place on 18 points, 2 points behind 2nd and 4 points behind 1st. We had the highest goals for with 688 goals scored and 28 points in front of the next team. There was a very positive vibe from the team during lockdown and we had a saying, ‘lockdown doesn’t mean shutdown!’ We were determined to come out of lockdown ‘Blazing’ to finish the season. Unfortunately, we did not get the opportunity to defend our Grand Final birth from the 2020 season.

The U23s athletes (both contracted players and TPs) attended the clinics that went ahead with partner associations and / or were demonstrators for the online TIP program. We invited all partner associations’ U12s, U13s, U14s and U15s to train with our squad during lockdown on separate nights. All feeder associations took up the offer and the Illawarra 13s attended another online training session with the U23s squad as they enjoyed it so much. Furthermore, SK Seahawks trained online with us twice as well which Kathy Rembisz organised with me. These were very successful sessions during lockdown and promoted healthy and inclusive relationships with our partner associations.

Shoalhaven Netball Association asked if I would have an online Q&A with their Junior and Senior coaching staff before Junior State Titles. It went ahead as the Junior State Titles had not been cancelled at that stage and it was a great way to connect with their rep coaches to share netball knowledge. Kiama Netball Association asked for the same however, the Q&A did not eventuate as Junior State Titles were cancelled and the Q&A indefinitely postponed. I attended a number of TIP sessions either as an invited coach or in an observation capacity only. Jennie and I both coached online for the online clinic provided as well.

At the season presentation, Ky-Manin Schwenke received Players’ Player and Sharnee Behr won the honour of Coaches’ Choice. Both athletes had outstanding years on and off the court.

Overall, it was a good season that could have been fantastic if the PL competition was able to continue. The girls were all super excited to come out of lockdown and play quarter by quarter, game by game, week by week tough netball with the goal of making the Grand Final and winning the U23s Championship for Blaze. 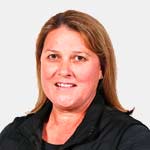