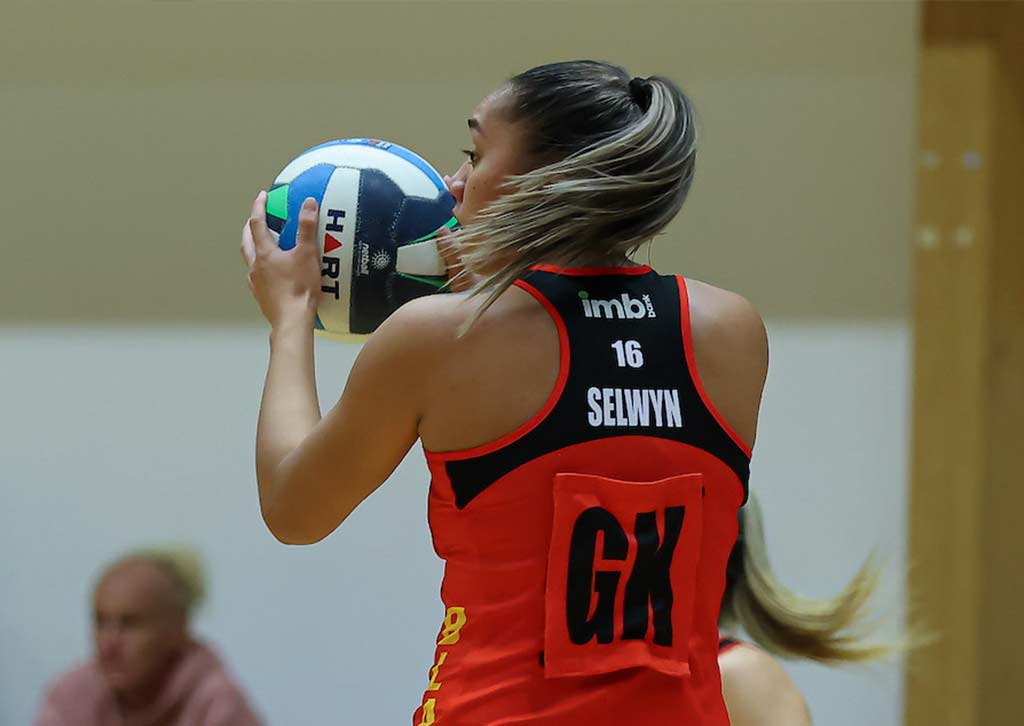 Pictured: U23s athlete, Ash SELWYN, returns to the court for the first time in 2022 following an ACL injury.

First Quarter
The Blaze started with a strong defensive performance and were able to consolidate turnovers. They remained calm despite being down on the scoreboard. Davies had another firing start, appearing to be in everything. Holland was crucial early, picking up key intercepts in defence, helping Blaze take a 16-15 lead going into quarter time.

Second Quarter
The teams were inseparable as they went back and forth for the quarter. Chadrawy was able to shut out the Fury’s attacking end, causing Fury to struggle to feed their shooters. Despite efforts from both teams, neither were able to hold a substantial lead. Blaze trailed 32-33 at halftime.

Third Quarter
Blaze settled into the third quarter early, punishing the fury for their mistakes. Brice was dominant as Blaze took an early five-goal lead. They remained consistent turning the opposition ball over and applying constant pressure in the defensive end. On top of a dominant performance, Blaze took the lead into the third-quarter break 51-44.

Fourth Quarter
Blaze did not let their intensity drop as they come out of the final break firing. Even with a nine-goal lead, the team continued to turn the ball over in defence while making circle edge feeds look effortless. The ability to transition quickly between attack and defence was essential to the Blaze’s performance.

First Quarter
The Blaze had a strong start as they forced turnovers and put the heat on GWS Fury with scoreboard pressure. Ashleigh Selwyn started the game strong, her skilled defence gave Blaze an opportunity to take an early lead. The Blaze was confident coming into the game, a dominant first quarter saw the team take a 15-9 lead heading into the first break.

Second Quarter
The Fury weren’t going down without a fight as they came out firing in the second term. Pressure from Blaze and Fury saw the ball turned over by both sides until the Blaze were able to settle the game with a goal under the post. Afoa in Goal Keeper dominated rebounds, consistently swooping up any loose balls. The Blaze led going into halftime, 29-19.

Third Quarter
The scoreboard didn’t reflect the pressure applied by the Fury as they fought to stay in the contest. The Blaze continued to add to their game as they dominated in both attack and defence. After a contesting third quarter, the Blaze stretched their lead to 43-25.

Fourth Quarter
The Blaze had their hands over every pass to start the last quarter, forcing a turnover from the Fury’s front end. Evans had another outstanding game as she provided a reliable connection between the mid-courters and shooters. Bronnee Loy was again outstanding in the mid-court as the Blaze took a 56 – 39 win over the Fury.