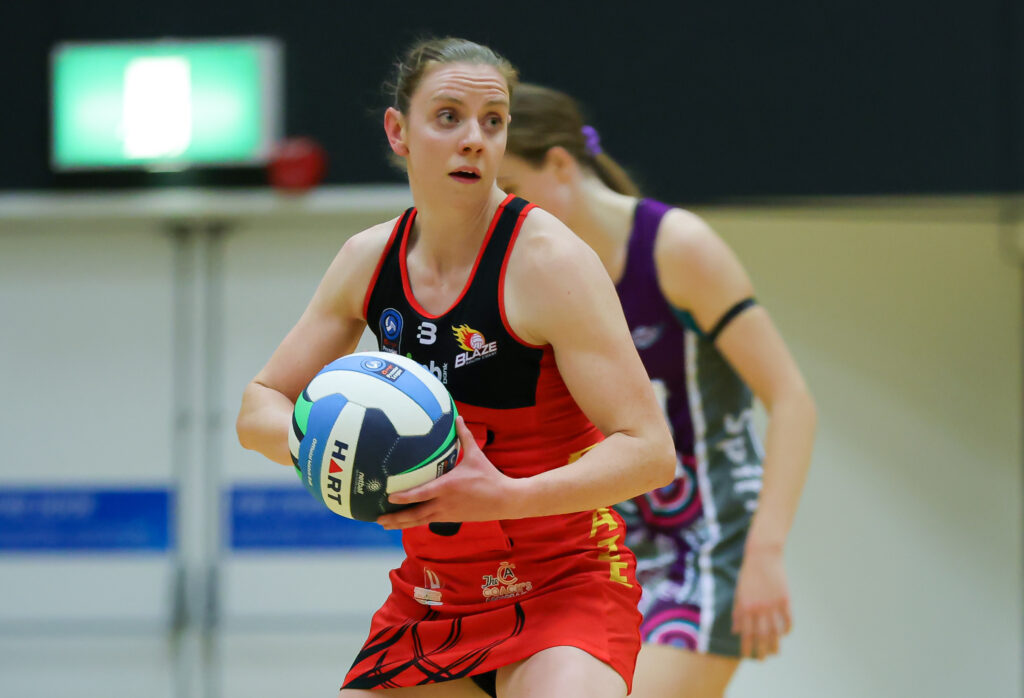 Summary: With the U23’s having a bye, the Opens were able to list three 23’s players in Clare McCrohon, Mia Evans and Jess Bowden in the face of injury and late omissions and the newcomers didn’t disappoint. Evening out the court with patience and maturity, the connection between McCrohon and Evans was obvious, as well as the ease with which they fed Goal Shooter Kristina Brice. In a high scoring game, the Blaze came away with the win 71-58 against last placed Capital Spirit.

Summary: The 4th place Blaze took on the seventh-placed Stingrays in an incredibly close game, leaving viewers on the edge of their seats. Both teams played well all down the court, leading to a physical battle to remember.

Second Quarter
The Blaze continued to build in quarter two with Emily Coggan entering the game at GD and Clare McCrohon at C. Some silly errors and wayward passes saw the Blaze lose possession mid way through the quarter however they continued to pull away finishing 39-26 at half time.

Fourth Quarter
A comfortable lead allowed the Blaze to make some changes and bring Maddy Eaton into her less familiar GA position.