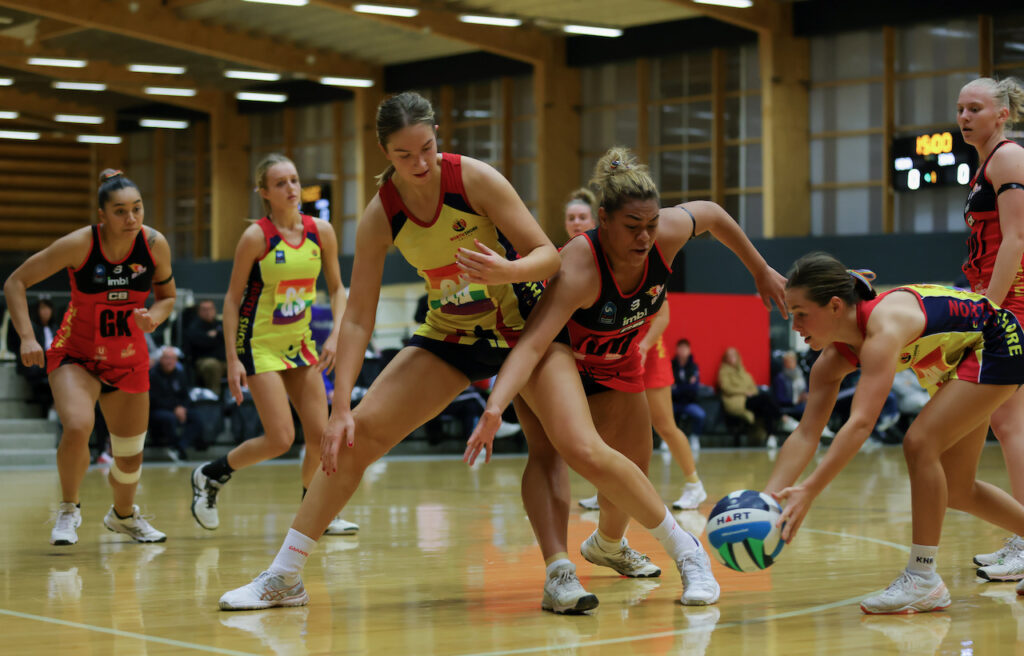 Tenacious defence from the U23s, including Ana Afoa (pictured) see them take a comfortable win over North Shore United in Round 11 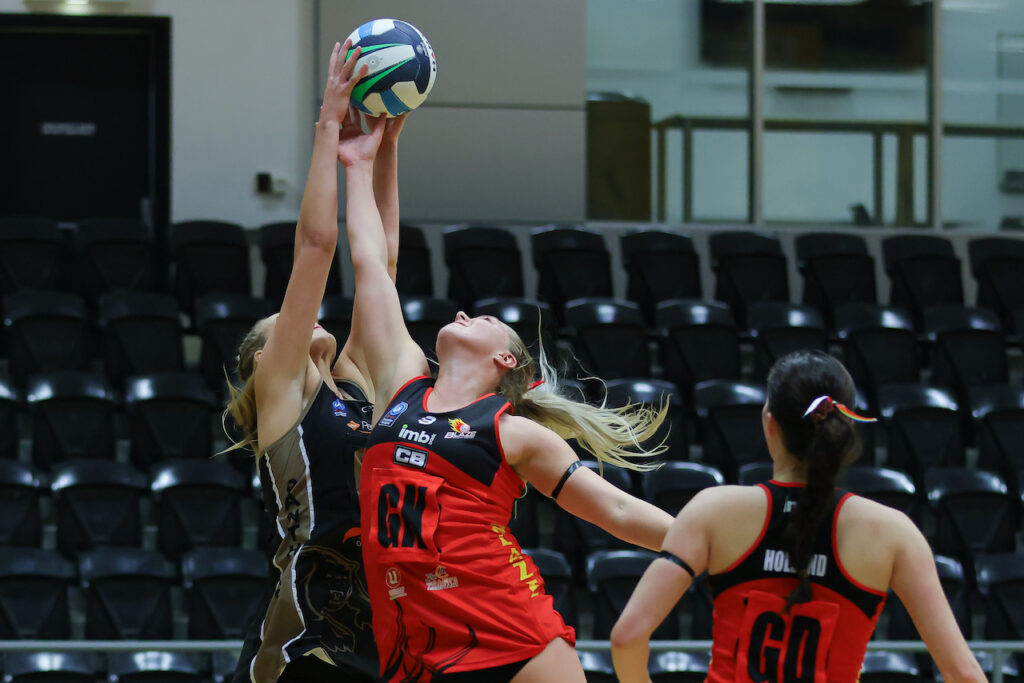 The Opens team played the Panthers tonight in Round 11 of the Netball NSW Origin Premier League. The Opens (second placed in their conference split) were playing for Goal Shooter, Shelby Mallon, who was unavailable due to sudden passing of her mother during the week, and they wanted to put in a good performance against fourth placed Panthers.

Unfortunately, as has happened in the past with Panthers, their defensive line shut out our attackers early with the usual easy line to Shooter Kristina Brice not available. Hands up pressure and undisciplined passes saw the Opens with a six goal deficit at half time. Despite some good fight back from the Opens, they went down 62-53.

Next week, Opens take on the ERNA Hawks in Round 12. 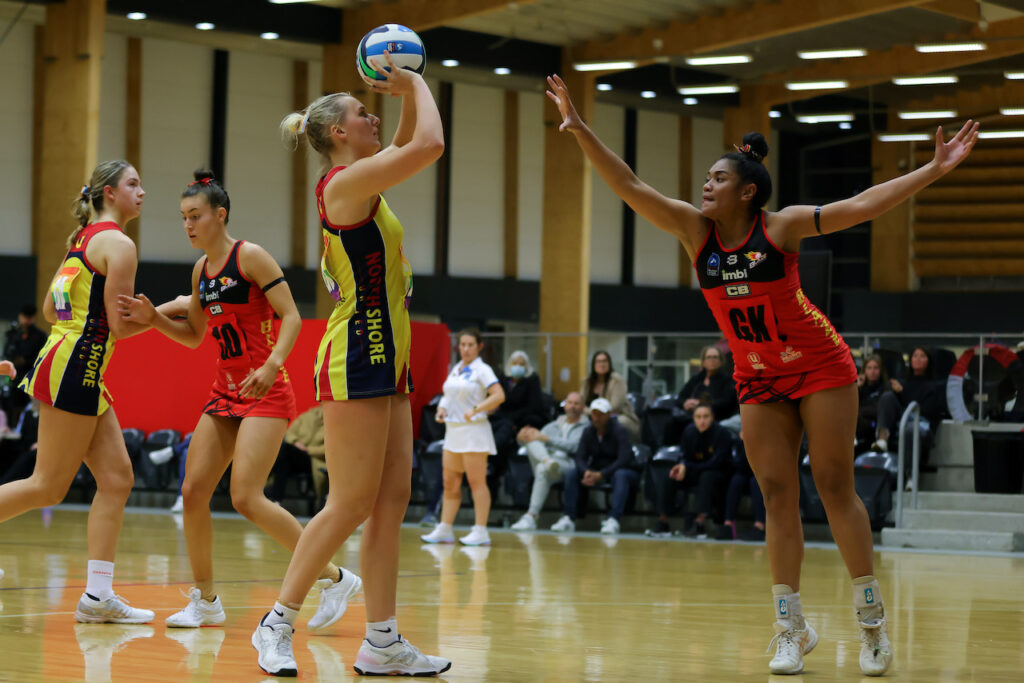 The U23s were dominant from the end of the first quarter. The tried and tested attacking combination of Clare McCrohon, Mia Evans and Papi Alaalatoa was ably matched by newcomer Lindsay Tui. The team went into half time with a 17 goal lead (33 BLAZE, 16 UNITED).

The increasing score line allowed Coach Regan Tweddle to try many combinations as they build towards finals. Final score a convincing 61-36 win to the South Coast
Blaze.