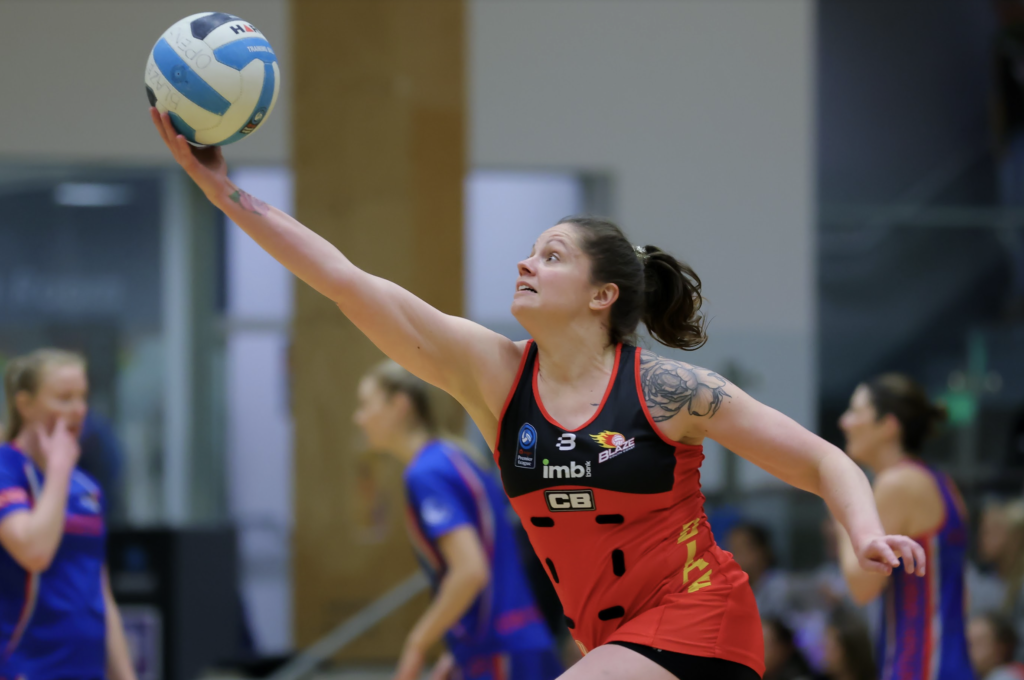 Unfortunately, our Blaze Opens, who have had a few player injuries, were unable to topple Hawks despite their best efforts, going down by 7, 56-63. On the upside, our Blaze U23s won 50-42 over the Sparks to remain at the top of Conference A. 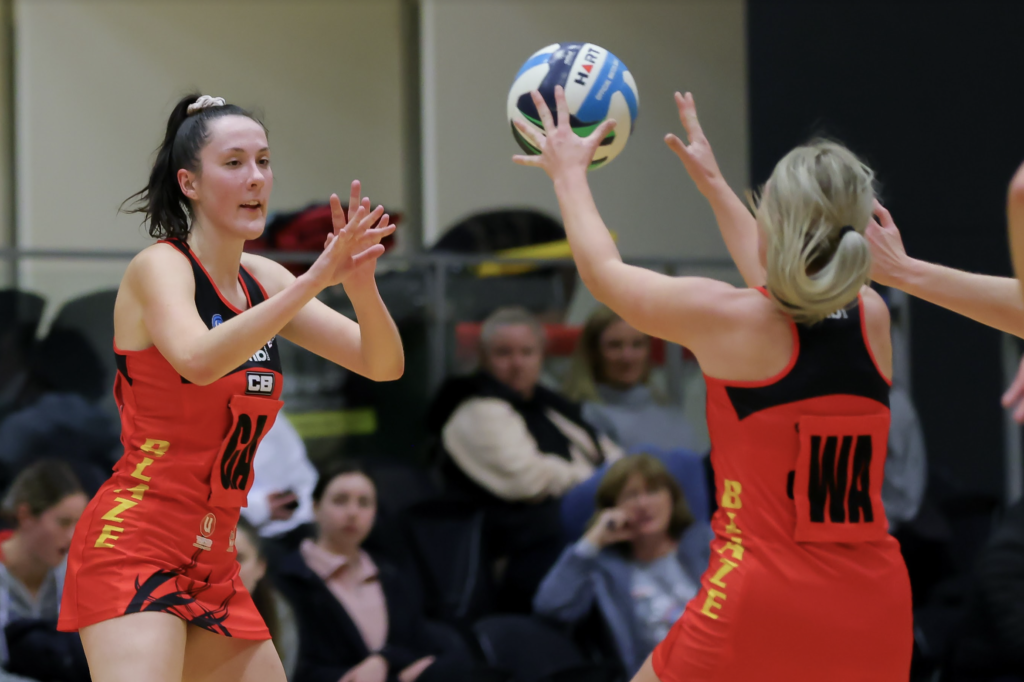 Although Blaze turned over the ball to score the first goal, some forced errors and Hawks tips in the centre court and Blaze goal end saw Hawks slip ahead 3-9 half way through the quarter. Despite Blaze Circle defence Teagan Holland and Aisha Bower trying their best to shut down Hawks Goal Attack and current Swift player Sophie Fawns, she continued to cause havoc in defence and attack. Blaze steadied towards the end of the quarter with Goal Attack Shelby Mallon sinking two long bombs to finish the quarter 10 – 20.

Blaze went goal for goal with Hawks in the second quarter with Chelsea Bolton coming in at Wing Attack to provide fresh legs in the attack end. A few passing errors in the Blaze attack end saw Hawks push the lead out to 16 late in the quarter. Mia Evans, a fill in player from the Blaze U23s, came on for the last few minutes of the quarter in Wing Attack but Hawks lead remained, with the score 22-38 at the half.

The Blaze surged in the third quarter, getting the first few goals in thanks to strong defence and Mallon (GA) and Evans (WA) working well with Kristina Brice (GS) and Maddy Eaton (C) in the attack to bring the margin back to 11. A couple of footwork calls and unforced errors from Hawks helped Blaze pin back the score to 39-47 at the end of the quarter, just an 8 goal margin.

Some missed shots from Hawks and strong turnovers by Blaze Circle defence Bower and Holland saw Blaze make it 5 goals the difference early in the quarter. Despite the tight contest, Blaze couldn’t quite catch up in the end with the Hawks taking the win 56 – 63. 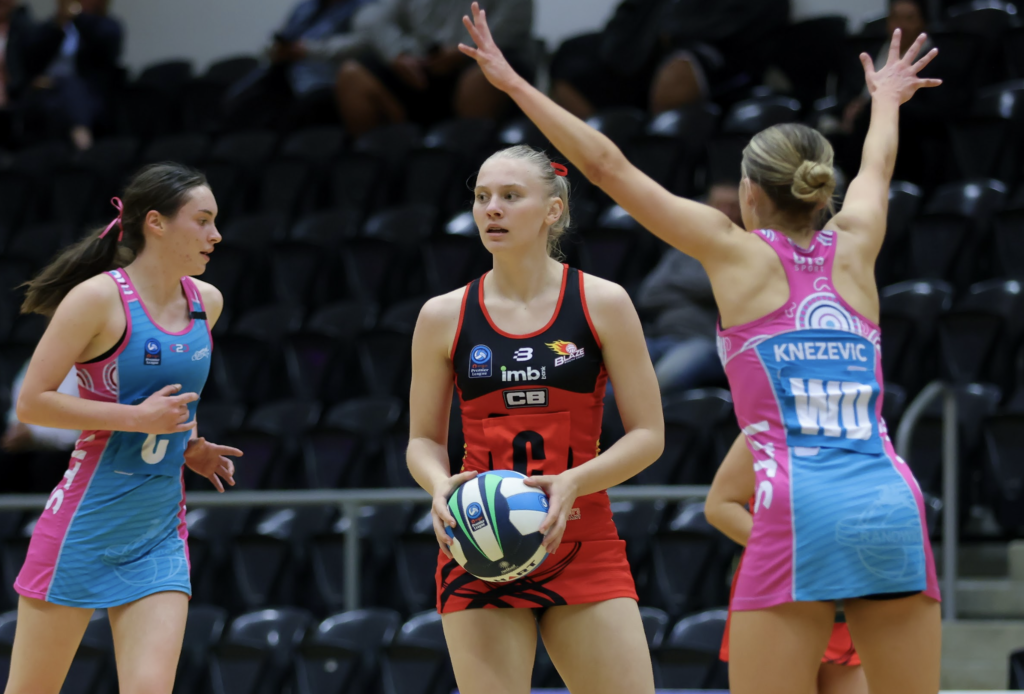 Strong circle defence from Sharnee Behr and Emma Mateo with good hands from Wing Defence Jess Bowden saw Blaze turnover a couple of balls to push out the lead. Mia Evans moved to centre and Manaia Mete came in at Goal Attack for Blaze opening up the circle and helping Blaze go into the half with a 11 goal lead, 28 – 17.

Ashleigh Selwyn came in for Blaze at Goal Keeper to spread the load, but the Sparks applied more pressure in attack in the third quarter creating a few unforced errors and tips, helping them bring back the deficit to 8. However, new legs from centre Jade Dawson, Wing Defence Gabby Eaton and Goal Keeper Emma Mateo Blaze helped Blaze to steady again and push the lead back out to 12, the score 41-29.

In the final quarter, both teams went goal for goal with Goal Defence Anastasia Afoa working hard with Mateo, Bowden and Dawson to keep the Sparks attack at bay. Although the Sparks continued to fight back, they couldn’t catch Blaze who finished with an 8 goal win, 50-42.