“The logo represents the club’s connection with the players, the community, family and the land. Above the club’s name sits the gathering symbol connecting all those involved with South Coast Blaze. The gathering symbols contain “people” in red and flames in between representing “strength” and “commitment”.
Under near the club name are 3 waves with dots which represent the connection to the South Coast “Sea Country”

Thank you Lani for this beautiful interpretation of the #OurBlaze logo. We absolutely love it.

Round 8 was First Nations Round 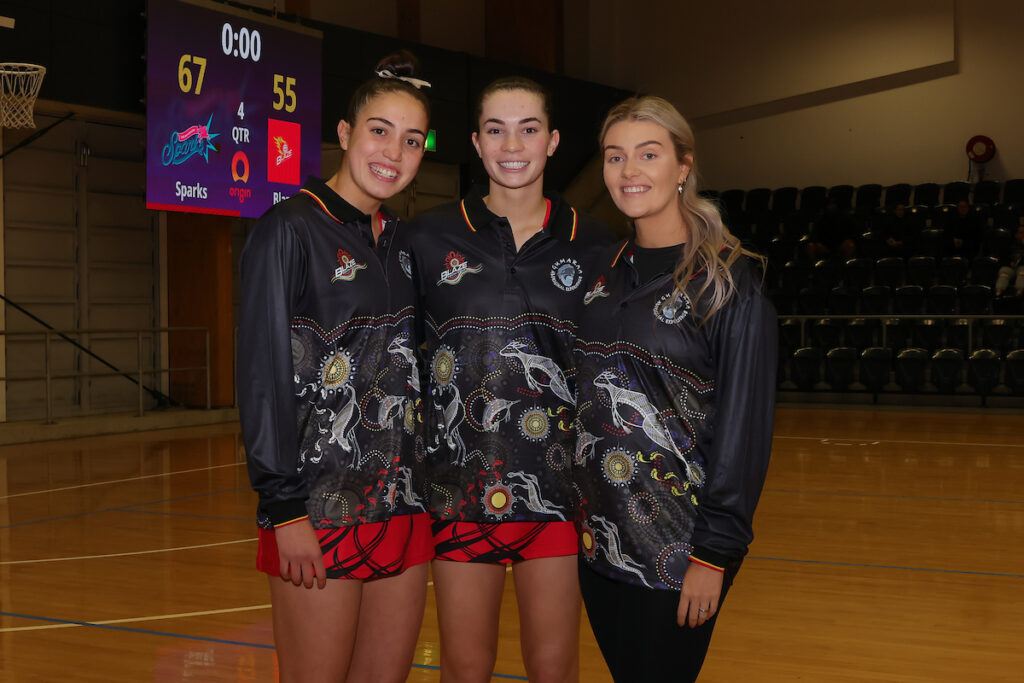 Summary: The Blaze started strong tonight leading by 6 at the end of the first quarter and 2 at the half time break. The defensive prowess particularly impressive in the first quarter. As the game continued however an injury to WA Abbey McFadden and the absence of superstar Club Captain Taylah Davies became apparent with the Sparks winning 67-55 and bringing the Blaze Opens three game winning streak to an end.

The Blaze had a strong start with Blaze defence assisting them to a 18-12 lead at the quarter time break.

Bower leads Blaze defence with some critical intercepts leading by 4 when WA Abbey McFadden fell heavily with a suspected knee injury. Blaze appeared to struggle to regain their momentum following McFadden’s exit from the court but held a 31-29 lead into the break.

Sparks came out strong, evening scores early in the third quarter and remaining that way for the majority of the quarter. Despite some fantastic aerial work from Blaze GA Shelby Mallon, a late surge by Sparks saw a 7 goal turnaround with Sparks leading 47-42 at three quarter time.

Blaze’s defensive end saw a lot of rotation in the last quarter, resulting in some successful gains. Nevertheless, the Blaze never regained momentum after losing WA McFadden and Club Captain Taylah Davies absence was certainly felt as the game entered the final stages. Sparks proving too good for Blaze, extending their lead to 12 and coming away with a 67-55 win at full time.

This loss unfortunately brings the Blaze’s three game winning streak to an end. 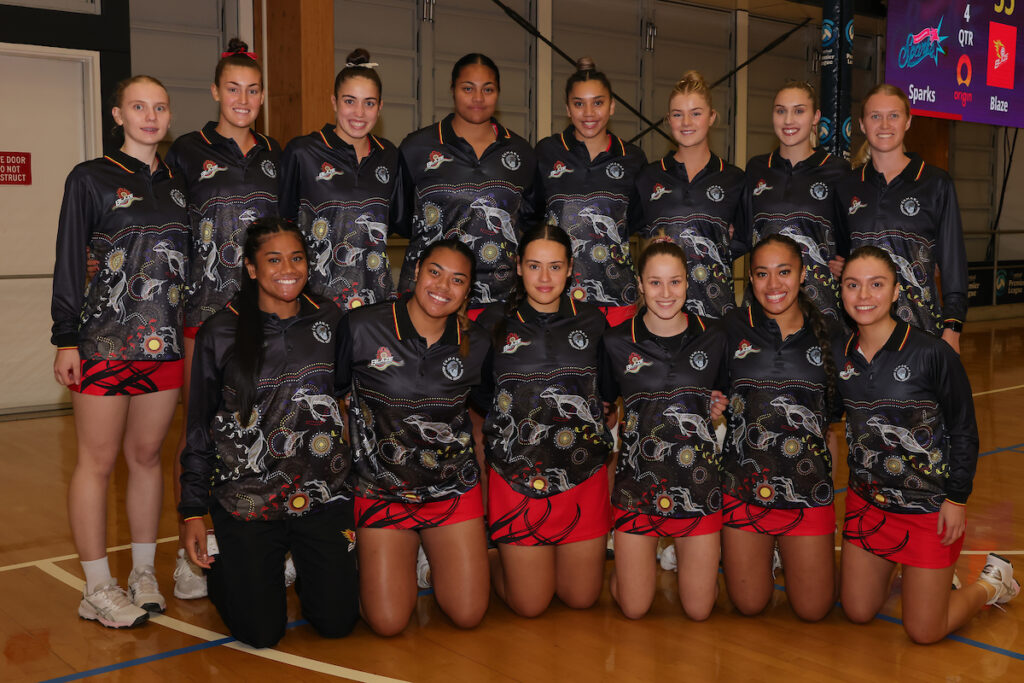 Summary: Although the game was first place (Blaze) plays third place (Sparks) the game never seemed within reach for Sparks. Blaze attack was clinical and defence relentless allowing the Blaze to grow the lead at each break and try a number of combinations resulting in a 61/38 win to the Blaze, dedicated to Coach Regan Tweddle who was unable to attend the match tonight.

The Blaze defence was on song this quarter with a number of intercepts, including a very impressive rejection of the shot by Blaze GK Anastasia Afoa taking the Blaze to a 30-14 lead at half time.

A few changes to the attacking end saw Lindsey Tui and Manaia Mete enter the game at WA and GA and Gabby Eaton at WD. The flow continued with the Blaze shooters finding a next level in the third quarter, leading by 20 at three quarter time.
Score: 47-27

A change in the defensive circle brings Ash Selwyn into GK, returning from an ACL injury in 2020 and Kiah Yelland into WA. The shooting circle continued to show impressive flair with excellent shooter to shooter knowledge. The Blaze too strong for the Sparks finishing with a 61-38 win, no doubt securing their first place on the ladder.