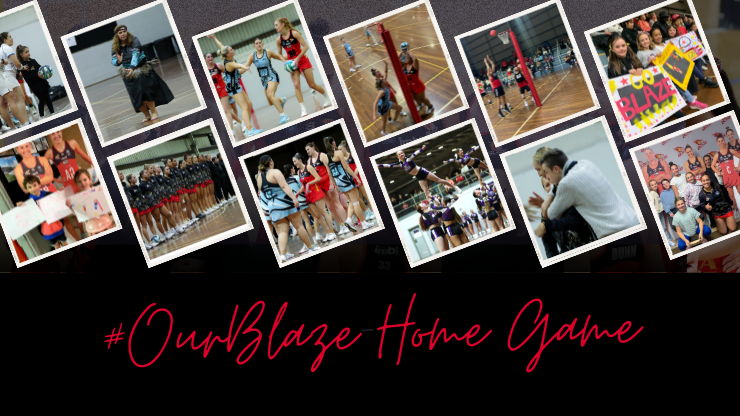 Round 9 saw #OurBlaze host our first ever home game at Illawarra Sports Stadium.

Summary: The Blaze took on the Sutherland Stingrays in an Illawarra home game on Saturday night. The girls put on thrilling performances to finish off a strong 60-minutes in clutch games.

Summary: The 4th place Blaze took on the seventh-placed Stingrays in an incredibly close game, leaving viewers on the edge of their seats. Both teams played well all down the court, leading to a physical battle to remember. 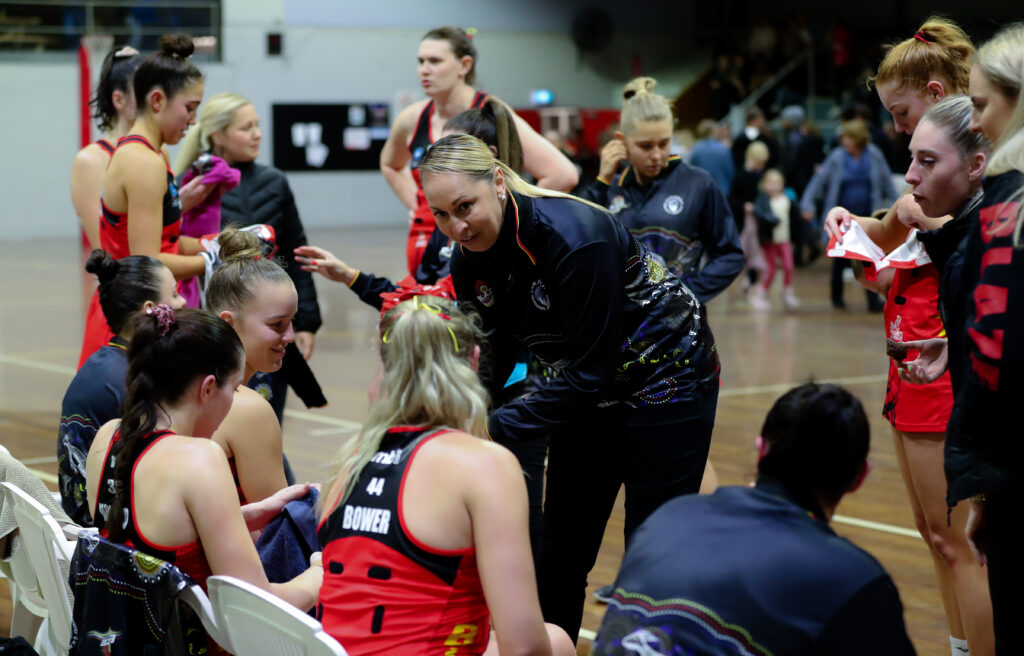 The open Blaze side turned over the Stingray’s first center pass to open the game. Mallon was able to effortlessly feed Brice from her position in wing attack. Down the other end, the Blaze’s defensive trio shone building the pressure against the Stingrays’ players and forcing them to give up costly possession. After a dominant opening term, the Blaze take the lead 20-13 into the first break.

The Stingrays’ defense did well to confuse the Blaze attack end, making it difficult to reach the post, and allowing the Stingrays to close the gap. Bradley was essential in the Blaze’s transition from defense to attack, carrying the ball down the court. The entire Blaze team worked tirelessly in defense, leaving no player unmarked. Bower was monumental in defense as she pulled through clean intercepts for her team. The Blaze take a strong 30-26 lead into halftime.

Emily Coggan made an immediate impact in goal keeper for Blaze, disrupting the Stingrays’ feeding into the circle. In attack, Brice continued to dominate, providing a strong presence for Blaze feeders. The Blaze showed control down the court as they remained in possession. Anderson was involved in everything down the court, gaining the ball back in defense. Mia Evans made her debut for the opens team after a dominant performance in the U23s draw with the Stingrays. The Blaze finish the quarter leading 44-41, setting them up for a tense final quarter.

Evans slotted into the Blaze’s front end well, appearing as if she had spent all season with the team. The Blaze continued to work the ball down the court as the two teams went goal for goal in the final term. Both teams continued to intercept the ball, and force turnovers, creating a back-and-forth game. The Blaze were able to hold onto their lead to win the game, 57-54.

Summary: It was a top-of-the-table thriller in Saturday night’s game between the U23s Blaze and Stingrays. The result came down to the wire, with the Blaze forcing a draw to earn the number one spot on the ladder. 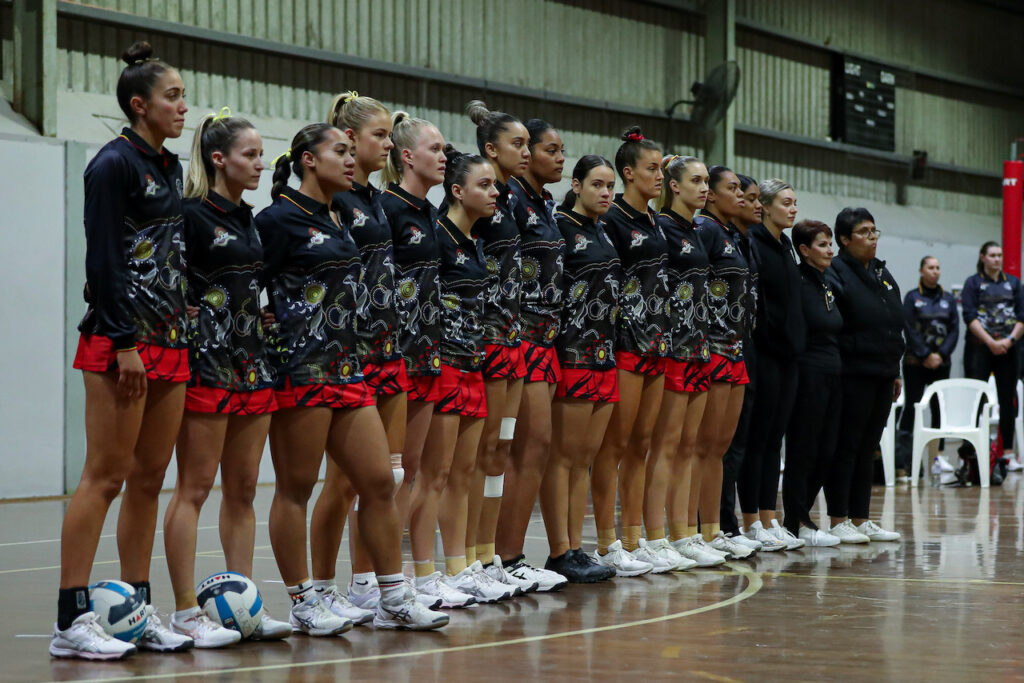 It was impossible to separate the two teams in the opening term as the ball was passed back and forth between both teams. The Blaze team was strong in defense, applying pressure early as they disgruntled the Stingray’s front end. The Blaze showed a strong connection in their attacking end as they worked the ball around fluently. Evans played a crucial role in helping the Blaze secure a 12 all score going into quarter time.

Sharnee Behr impressed in defense, seeming to get a hand in everything. Her connection with Selwyn in the circle forced doubt into the feeder’s mind and challenged the attacker’s abilities. Evans and Alaalatoa were able to connect mindlessly in the attacking circle, both being easily found by the feeders. The Blaze took a well-earned lead, 30-26 into the halftime break.

Blaze opened the third quarter strong, with Eaton getting an early tip to the ball. Selwyn was impressive in defense, building the pressure against the Stingrays shooters. The Blaze showed patience in attack as they timed their drives well and took strong balls against a physical Stingrays side. In wing defense, Yealland played incredibly, forcing her player out of the game, and doing what she could to keep Blaze in the game. After a strong third-quarter performance, the Stingrays took the lead, 42-41 going into the final break.

Despite being behind on the scoreboard, the Blaze remained settled, not letting the Stingrays take a substantial lead. Mete and Alaalatoa worked well together in the circle, shooting with accuracy, and taking some impressive balls under pressure. The whole Blaze team worked seamlessly together to turn the ball over in defense, allowing them to level the score halfway through the quarter. The Blaze worked until the last second to secure a 53-all game.