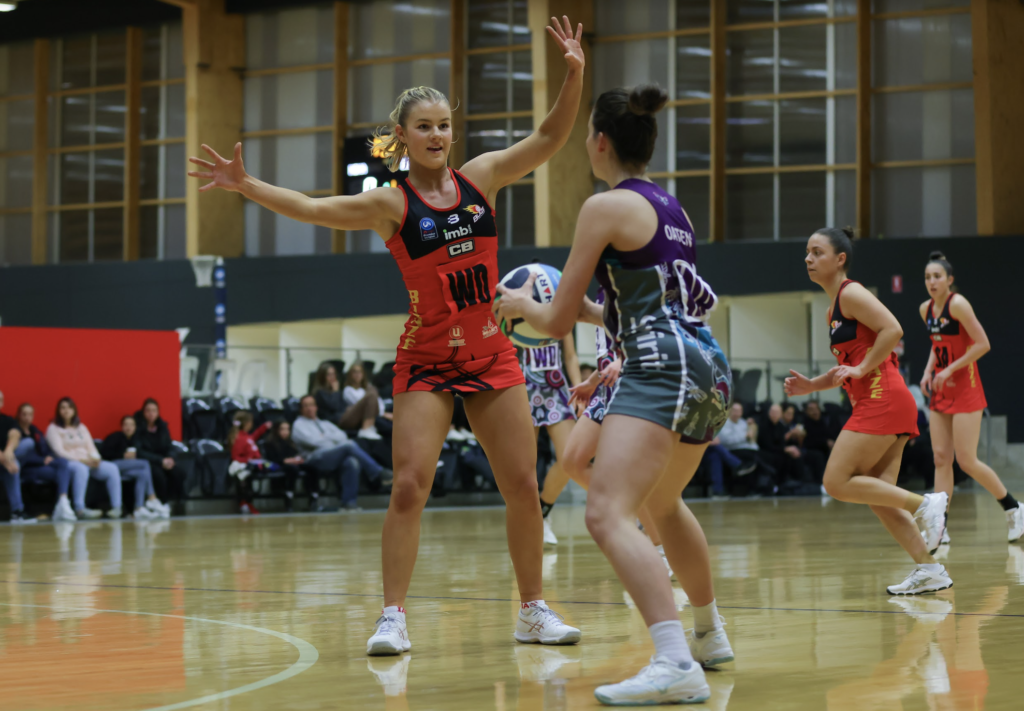 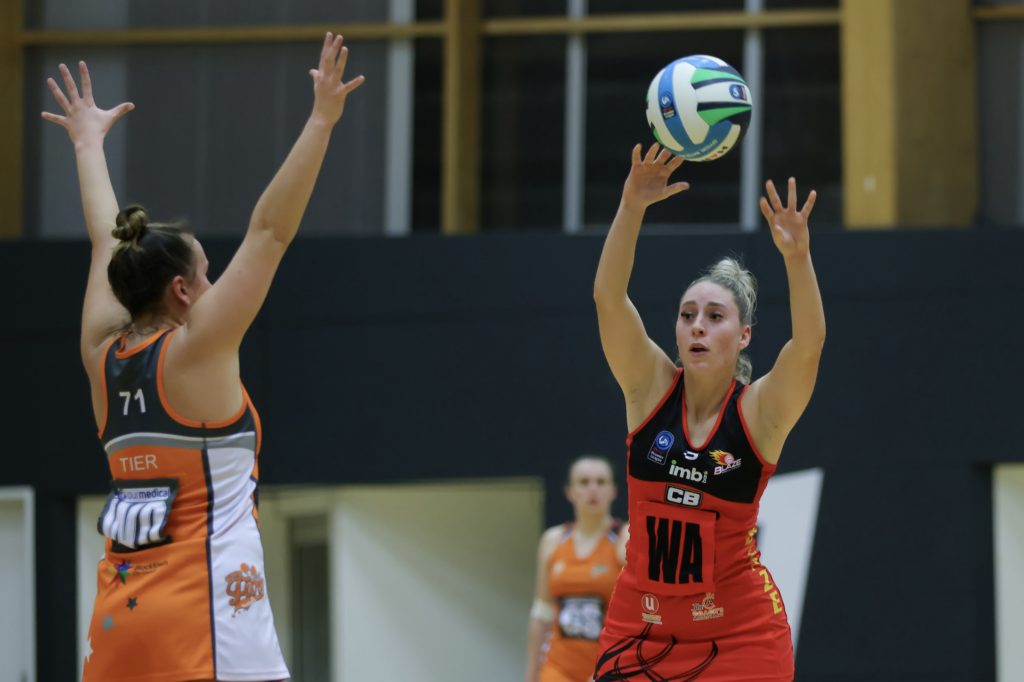 Pictured: Chelsea Bolton (WA) works the ball down the court during Round 13

Welcoming Shelby Mallon back to the line up, the Blaze commenced with their tried and tested attacking line up of Eaton, Anderson, Mallon and Brice with Bradley, Holland and Bower rounding out the line up in Defence. A slow start from Blaze saw the Fury open up to a 5-1 lead early. A few attacking errors and strong connections from the Fury saw the lead continue to blow out to 13-5 before the Blaze switched on, bringing the deficit back to 4 with 5 minutes to play. The fightback couldn’t continue however with the Fury taking a 7 goal load into the first quarter.

Quarter 2 saw Opens Player Chelsea Bolton, introduced into the game at WA, returning from her first baby and a subsequent injury as well as a switch in WD with Chadrawy coming on for Bradley. The changes however didn’t appear to pay immediate dividends with the Fury extending their lead to 15 with 10 minutes to play in the quarter.  An exceptional fightback from the Blaze however and a few consecutive errors from the Fury saw Blaze capitalise in quick succession bringing the deficit to just two at half time.

A few early goals to the Fury saw the lead grow to 6 again with 10 minutes to play in the 3rd. U23’s young gun Mia Evans was introduced into the game however some nervousness was evident and the Fury lead blew out once more finishing the quarter 55-42 leaders.

Returning to the attacking combination which saw the Blaze draw back the deficit in the second quarter – Eaton, Bolton, Mallon and Brice unfortunately didn’t pay dividends on this occasion. Despite some periods of brilliant play and a strong fight back, Opens were unable to claw back the deficit going down 74-58 at full time. 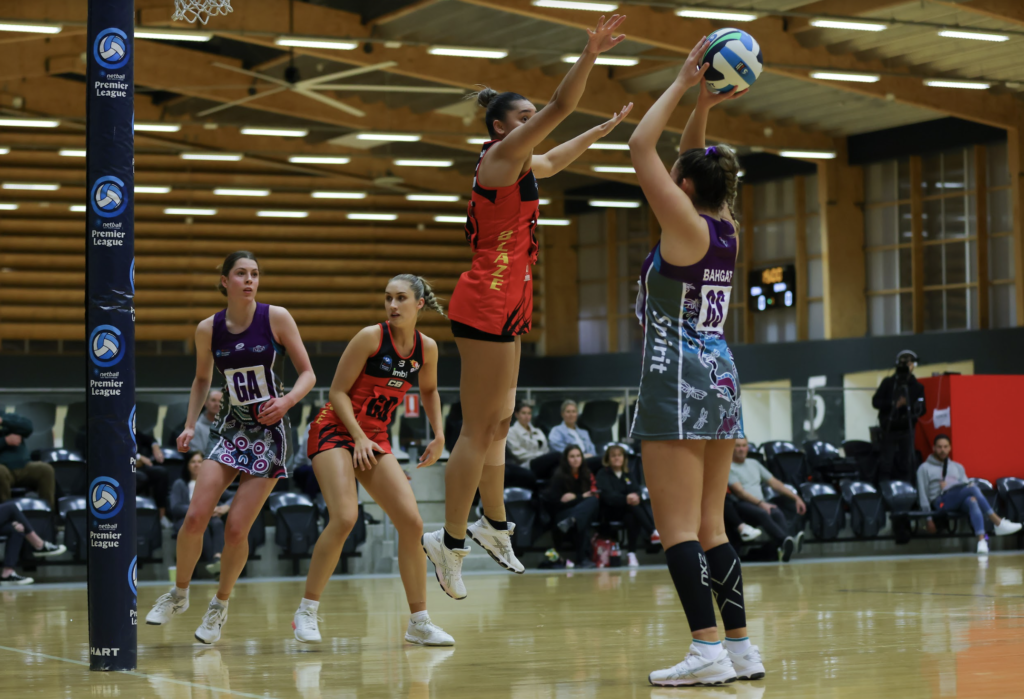 First placed SCB play 9th place Capital Spirit and what a match it was. The Blaze started strong with McCrohon, Tui, Evans and Alaalatoa heading up the attack and Eaton, Bowden and Selwyn rounding out the defensive end. Clinical and speedy attack saw the Blaze almost triple the Spirit’s score at the end of the first quarter up 21-8 at the break.

The Blaze kept the same team to start the second quarter and some impressive defensive work from Selwyn saw them continue to hold and slowly increase their lead throughout the quarter. A change in defence with 4 mins to play paid immediate dividends with Afoa chasing down a difficult loose ball and causing grief for her shooters.

Wholesale changes through the court saw Mateo, Behr, Yealland and Mete brought into the game in the 3rd. Afoa continued with her impressive gains with the attack finishing the plays nicely for a 48-29 lead at 3 quarter time.

Switching Evans to WA seemed to assist the attack bring back some of their first quarter attacking connection and Behr and Afoa continued to impress with athletic deflections from hands over pressure which saw the Blaze increase their lead significantly in the 4th. A clinical and relatively error free performance from the first placed Blaze resulted in a 68-36 win to the team in red.